skip to main | skip to sidebar

THESE ARE SOME OF THE BEST PEOPLE TO WORK WITH FOR YOUR WEDDING!

How Many Hits Are They Really Getting?

We see claims from other "websites" where they say "we get "50,000 people a month" on our website"..blah! Well we have just upgraded to Google Analytics! This is tracked, monitored and sourced by the #1 search engine in the WORLD! We don't use server statistics which can be "skewed" by a webmaster or marketer or sales person. We give you REALTIME, REAL, statistics to where your advertising dollars are going..if your website is not using these stats..you might ask them "why not?"

If you need help setting up this on your website give us a ring! TulsaHosting.Com our parent company has the "expert"ness to help you out!

We did a wedding a few weeks ago at the Dresser Mansion. We booked it, met with the bride who told her her photographer has a misfortune of "not being availalbe" last minute and needed somone to take her wedding pics. We suggested Jessie Reich Weddings and she booked them. Jessie always does such a great job we know the bride would be happy with him. He not only took photos of the bride before the ceremony, at the ceremony he stayed ALL night! Most "turn key" photographers only stay a few hours, take a few pics and leave..he is really dedicated to his work and making sure each bride gets the best job...well he did and here is an email we just got from the bride... The dresser did a great job of getting everything ready.

The ceremony, the reception and the catering team was good as well. Overall a success on a warm Sunday afternoon. A great day to have your wedding is a Sunday, everyone is feeling at ease from the weekend, not feeling rushed and can have a great time.

"Hey Zach, if you get any extra time you should go check out our wedding pics..Jessie did such an awesome job!! I cant believe how good they are. (old photographer) couldnt have done something that awesome!! so yah thank you so much for everything you did and helping us find the best photographer ever!! Dont worry I will tell everyone about you and get ready cause you will hopefully be doing my sisters wedding soon..lol no but seriously we talked the other night and she said if she ever gets married (which she will) she wanted to use you and Jesse.. thank you Becky and Steven" 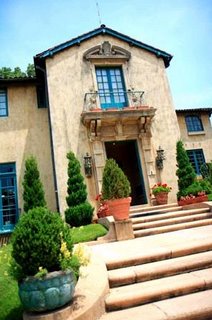 ALL PHOTOS ON THE PAGE THANKS TO JESSIE REICH!

This was sent to me..so thought I would pass it on..the secret to a great marriage!

I have an after-dinner speech about marriage that is 15 minutes long and somewhat funny. ("The rules for marriage are the same as for a lifeboat. No sudden moves, don't crowd the other person, and keep all disastrous thoughts to yourself.") , So I found myself in a cab to LaGuardia to catch a plane to Atlanta to give the speech. (I was in New York to speak at the Edith Wharton Society but not about marriage since she had a miserable one.) The cab stops at the tollbooth on the Triborough Bridge, and I hand the cabbie a $5 bill for the toll, and he waves it away and gives the man in the booth a $50 bill, which turns out to be counterfeit. "Not just counterfeit," the toll-taker says. "It's lousy counterfeit." The $50 bill is confiscated, forms are filled out, I pay the toll and we get to LaGuardia thirty minutes before flight time.

I give the driver $25 for a $23.75 fare and he yells, "Why take it out on me?" Because you knew the bill was counterfeit, that's why. I'm no rube. I didn't just fall off the cabbage wagon. I dash to the plane. I am flying to Atlanta to speak at a benefit luncheon, and I dislike benefits because you have to endure other people's gratitude, which can be exhausting.

This sounds ungracious but it's true. You go speak for free to a banquet of the Episcopal Promise Keepers of Poughkeepsie or the Honorary Society of Menomonie Economists or the Scandinavian Skin-Diving School in Schenectady and thirty people tell you what a wonderful thing you're doing and it wears you out. If one person would tell you a joke instead, you would throw your arms around him in gratitude. I get on the plane and I'm in seat 8D on one of those toy jets that airlines have introduced, which are designed for groups of fourth-graders. The seats are hard on the vertically gifted such as myself, so that when the man in 7D reclines his seat, it almost kills me. If Abraham Lincoln were sitting in 8D, he would give up on that "malice toward none" concept and club 7D on the top of his little bald head. But I bite my tongue, and I also do not shoot my neighbor in 8C, a piggish fellow in an expensive sweater and tasseled shoes, snarfling his lunch while poring over the Wall Street Journal and poking me with his elbow as he eats.

I come from a part of America where people apologize if they poke and make sure not to do it again. He comes from a part of America where you push your way up to the trough and elbow other people out of the way. The benefit luncheon in Atlanta is not a happy time. It is an organization of Very Rich People Helping Wretched People Without Having To Be In The Same Room With Them, and it's full of alpha males of the sort you see strutting around airports with cell phones clipped to their ears hollering at somebody in Cincinnati I give my 15-minute speech, which suddenly isn't amusing at all, and the president of Very Rich People gives me a hideous Lucite plaque in gratitude for my generosity, which I deposit in a trash bin at the airport, and I fly home and there is my elegant wife waiting at the curb in her car. It is so good to see her. We've been married ten years and surely we have problems, but at the moment I cannot think of a single one... there is no place I would rather be. Misery is the secret of happiness in marriage.

Go make yourself miserable and then come home.